Before Mark contacted Motiv8 he was living in a hostel. He was on a 14 month rehabilitation programme and was receiving support from Alcoholics Anonymous, who put him in touch with Motiv8.

He was keen to find employment and also improve his housing situation – something that became crucial when he unexpectedly became the full-time parent for his young daughter.

Mark said; “I had absolutely no motivation and just felt that I was failing at everything, so it was great timing when I heard back from Motiv8. I met with Julie, my Key Worker, and we put together an action plan of what I wanted to do and the steps along the way. These included getting an updated CSCS card (which enables you to work on site) and reducing my debt. My long-term goal was to find work, so I starting volunteering with an upcycling charity. I also enrolled on to Keepmoat Homes' Kickstart course, a pre-employment introduction to construction training programme which was delivered by Keepmoat.com in partnership with Mancunian Way, Keepmoat Homes, Guinness Property and Regenda Homes, which I really enjoyed.”

Mark said; “I received some great feedback from the course and they said they were very impressed with me. In fact, shortly after the training programme ended, Guinness Property called me in for an interview and I’ve now secured a Mature Apprenticeship in joinery. This has always been my dream job, doing up houses, and I can’t wait to get started.”

In addition to this, Mark has been given the keys to a new home in an area that is in a perfect location for his daughter’s school and his new job. He also recently celebrated two years without a drink.

He said: “Motiv8 has been supporting me every step of the way – and the crucial thing is that they said ‘what do YOU want to do’ and then they provided great guidance and support to make it happen. I can’t thank Motiv8 enough.”

“It has been a pleasure working with Mark and seeing the changes in him. He really started to come out of his shell once he started the Kickstart course and we saw significant changes in his confidence and motivation.

Mark has also taken on the responsibility of being sole guardian of his daughter, which is something that he thought would not be possible because of his previous mistakes. However, with our support, we helped him realise that he wouldn’t be judged on his past as he has proved he was, and still is, taking responsibility for his past actions.

I’m so pleased to have been a part of Mark’s journey along with others from the team who have all assisted with getting Mark to his end goal of employment.”

It is 18 month’s since we spoke to Mark, when he was just about to start an apprenticeship with Guinness Property. We caught up with him recently to see how his life has changed.

He said: “Everything’s changed from when I last saw you – from being in the homeless, not having a job, my daughter coming back into my life, and starting an apprenticeship with Guinness property.

"To meet Motiv8 was progression in my life. It was the next step, the move on that I needed. Life has not been totally smooth…but the problems that have come up, I’ve dealt with them differently. I’ve put hard work in to get to how I wanted – a normal life, to go to work – and today I feel like that’s what I’ve got. Whatever the problems I can deal with them sensibly and reasonably and with this foundation I can move on and grow.

In a few years’ time I will be fully qualified. And today I can look back and say I’m proud as to where I’m at today. If you put the hard work into where you want to be then it will eventually come." 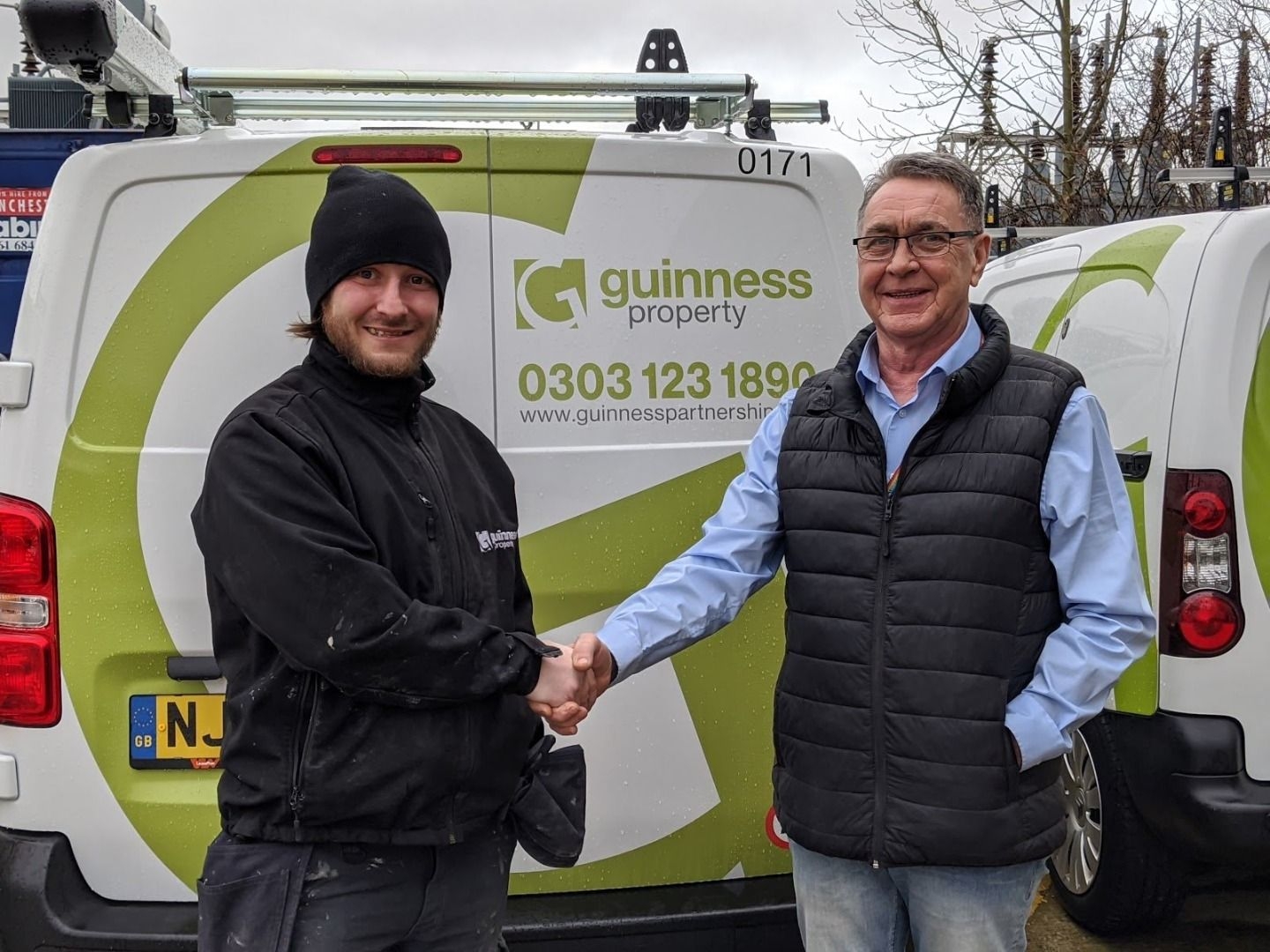 Back to Success stories
Hide this section
Show accessibility tools